2012 was such a dramatic year for Chelsea FC that it would challenge any movie for an Oscar nomination at least. While 19.05.12 was the day in every Chelsea fan’s life which they will never forget, so was 21.11.12 which shocked us all. Yes my friends, it was the day RDM was sacked. Since that day we have been paying tribute to RDM in the 16th minute and abusing Rafa for his past comments. Whilst all this drama has been going around at Stamford Bridge, César Azpilicueta is one Chelsea player who has surely caught my eye. 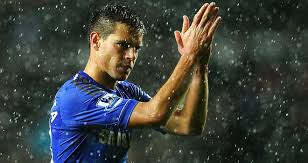 Since his debut game against Wolves which Chelsea won 6-0, he has grown in confidence and has started showing his potential. I have always admired him since the time he used to play for Spain U-21’s. I remember first coming through his name while I was playing FM11 which prompted me to check out his real life videos on YouTube. As a matter of fact, he started his career as right midfielder but he was converted into a right back to cover up during injuries and suspensions at Osasuna while he was still a reserve team player.

When he arrived at Chelsea this summer he was the most low profile signing of the 4 first team signings made by the club for most of the Chelsea fans. Many had thought that he would hardly get any game time given the fact that he was going to challenge Branislav Ivanovic for a place in the starting 11. However, as the season went by he got plenty of opportunities due to injuries to either Terry or Luiz. His stats this season are as follows:

He did start off slowly against Wolves and then the game against Manchester but he has slowly started picking up his performances since then. His best performance till now was in the game against Aston Villa where he showed that he knows not only how to defend but also had a vision to create a goal when he put in that delightful cross for Torres’ goal. That cross would have surely reminded him of his days as a reserve player for Osasuna. However, along with good games against the likes of Stoke and Arsenal, he has also had average performances against teams like Southampton where Luke Shaw outran him on numerous occasions and also against Swansea where he was kept on his toes throughout the game by Routledge. However, since that game against Southampton he has looked the most solid player in Chelsea’s back four. So solid that it earned him a debut in Spain’s 3-1 triumph over Uruguay.

After assessing his performances during this turbulent time at Chelsea FC it can be seen that he has the capability to be as good a right-back and as good a left-back Ashley Cole is.  If he continues performing at the same level then he surely is going to put pressure on Benitez, or whoever replaces him, to give him more game time ahead of Ivanovic at right back. Nonetheless, during these turbulent injury-prone on field crises, César Azpilicueta has proved to be a Blessing in Disguise!

A CFC supporter. Usually has unbiased opinions. However, doesn't get along well with United fans. Also supports Spain and Argentina. Pursuing CA.